Some of the most exciting moments about writing any story is building the characters. They are the most important aspects – aside from your plot – that bring your story to life. Without them, you would have nothing but empty words between pages of a book; a lifeless story with no complexity or deeper meaning to keep your audience engaged.

Characters are the soul of fictional literature, the things we often dream and fantasize about after reading. They are the connection that transports us into the story and allows us to become a part of the narrative. Whether they are small and brief, or large and in-charge, characters are meant to drive the story along a wild journey from start to finish.

But, what no one tells you about Character Development is that there is no quick cut way to giving life to your characters.

Often, you’ll find articles expressing how easy it is to build them, but what they don’t mention is that just giving your characters a name and an occupation isn’t going to do anything to help your book.

Here are 7 things you need to know that no writer will come out and tell you.

Tropes can be an ally and an enemy, but with the boom in literature making its debut in Hollywood, the typical stereotypes are becoming overplayed and misused. When writing your book, your goal is to make it stand out and the way to do that is by making your characters interesting and unique, but also relatable! A lot of problems consist of one-dimensional characters, or they become complex to the point that they are “too perfect”.

People in life are flawed creatures, why should your characters be different?

No one wants to read about a perfect somebody with a perfect life and a perfect job. We all crave imperfection and insecurity when attempting to connect with the characters because that is the way life works. Characters need a purpose and an arc. If you don’t know what an arc is, it’s the overall growth of your characters from start to finish; the transformation they are subjected to and endure throughout the journey of your story.

So, give them flaws, allow them to grow, and create that connection for your audience without overdoing the stereotypes. How do you do that? Show them confronting internal (or external) challenges, facing them, and overcoming them. If they fail in their endeavor, it doesn’t matter, it only adds more depth to who they are.

Ever heard of “Show, don’t just tell”? A common term of phrase in the literature world that basically means express the scene through feelings, thoughts, actions, and emotions. Many authors bomb when it comes to this because it is so easy to just tell you about your character.

Well, now you know a bit about Bill, but the picture in your head is pretty vague, isn’t it? Do you feel any direct connection to him? Probably not. Let’s try this again.

Bill’s shaggy gray hair has fallen flat, hanging to cover the dullness of his blue eyes. His skin has weathered with age, wrinkles pronounced and callouses on his hands to indicate a working man who has grown exhausted from his routine life. It is even more apparent by the dirt and rips on his baggy blue overalls and the jumper that seems to engulf his upper body. He is a man who yearns for rest.

Now what do you think of Bill? Poor guy, right?

The connection has been placed through “show, don’t just tell”; there are thoughts, feelings, emotions, and actions in that one small paragraph, enough to paint a picture of who Bill was, who he now is, and what he wants to be.

If you need to practice how to describe your character, the best time to do it is when you’re creating your outline. That is the perfect time to narrow down who your character is and what they’re meant to become!

3. Write What You Know, Research What You Don’t

Many times, you’ll find characters over complexed because the author has detailed them with a background that is out of their depth. Its great to want to branch out, but not at the sacrifice of your book – it only makes your characters (and readers) suffer.

So, if you’re looking to write about a woman who’s about to go to the moon, then you need to do a little research. Winging it will only get you so far, and trust me, there will be people out there to call you on your bull.

Remember, you’re writing for an audience who is more than likely familiar with your niche, so always keep that in mind when attempting to half-ass your way through your manuscript.

4. Pay Attention To All Minor Characters

To avoid this, you must determine where the line is drawn, because showing too much attention to them takes away from who the story is about. It’s very easy to become tempted to give your minor characters a more important role that continually grows, but what happens when they grow so much the story is lost and they are no longer minor characters?

Well, your readers will become confused, may eventually lose sight of the plot, and ultimately, they’ll put your book down without finishing.

The best way to utilize minor characters is by seeing them through the eyes of your main characters and cataloguing them accordingly.

5. You Don’t [Always] Need An Antagonist

Though it’s not common for a story to completely nix the idea of using an antagonist, it’s not unheard of. Just because you have a protagonist doesn’t necessarily mean there has to be a great evil mastermind for them to go head-to-head with.

Protagonists simply are your main characters, or the lead, who have developed into a hero or heroine over time. Antagonists are used to give your lead character someone powerful or challenging to face, obstacles to overcome, and question things they otherwise wouldn’t have thought to question.

Don’t confuse this with the idea that your story doesn’t need conflict. Conflict is a major important plot point needed in every narrative, or else you have a very steady story with no dips or peaks to get the blood pumping in your readers.

6. You Can’t Rely On Personality

Remember “Show, don’t just tell”? The same extends to this as well. Character’s can’t rely on their personalities to win over an audience. You need to use objects and situations to build strong dimensions and show layers in your character.

Remember Bill? There needs to be an established connection on all fronts.

A great way to start building this connection is showcasing how your characters react to a variety of scenarios, or to the world you’ve built for them.

What are their values? How do they perceive the world? What are their feelings or thought process? How does it affect them as a complete whole?

In this instance, it’s best to imagine them as an actual person. Maybe even place yourself in their shoes. How would you react if you were them?

Allow yourself to feel what they feel and describe that emotion, layer by layer. Don’t just tell it; life is more complex than explaining to someone what you experienced. You want that other person to feel as if they were there themselves! Invoke emotion through action and empathy.

7. Body Language Needs To Be Natural

The power of body language works incredibly well when it comes to character development. Imagine how we converse as a society. Most of our conversations are through facial expression and the position (and tension) of our body. The same should be done for your characters.

Research has proven that communication is only 10% vocal and 90% expressive. That is incredible! In other words, we don’t always need to be told what someone is feeling because we’re already hard-wired to decode and understand emotions.

By allowing your characters to demonstrate body language to your readers is an invitation for your audience to become part of the narrative. Which can only result in bigger and better results! And a lot more positive reviews.

Do you have your own tips for character development? Or do you have an specific method that helps you make memorable characters? Feel free to share your thoughts in the comments below! 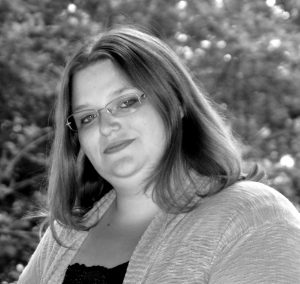 Facebook-f
Twitter
Instagram
Pinterest-p
About Crystal Maddux
Crystal Maddux, a Toledo-based author, helps people unleash their inner voice by converting their vision to paperback and ebook. She specializes in manuscript writing and content creation, and is often found sharing secrets of the trade on her blog. In a former life, she worked for big-league motor company’s such as Ford as their content creator and SEO marketer before pursing her lifelong dream of literature publishing. 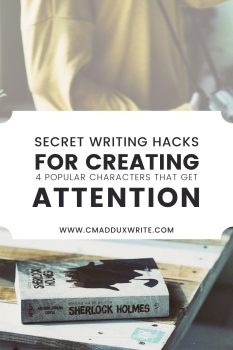 […] we discussed how to make your characters more three-dimensional in my latest article, 7 Secrets to Building Awesome Characters. But what happens when you create a character so awesome, they’ve been […]